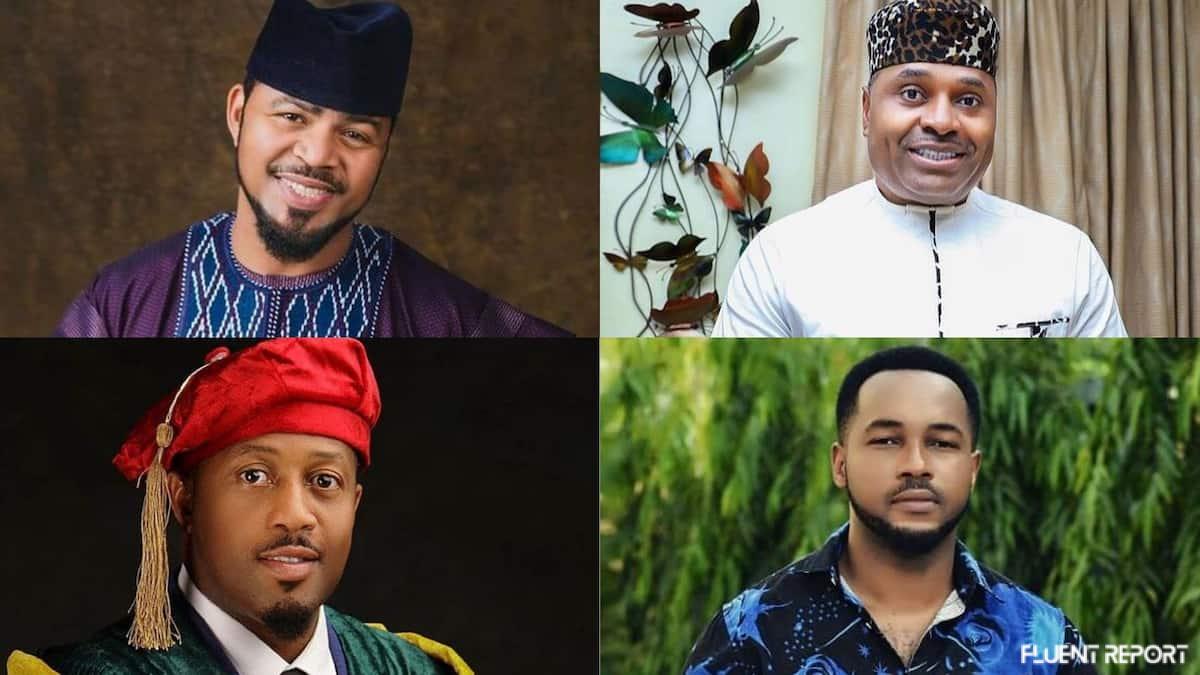 Here we have the net worth of the richest Nollywood actors in 2023. It’s interesting to see that some are earning more now than before. If you want to know where the stars live and the lavish lifestyles they have come to embrace, join us in discovering their net worth today.

Nollywood has given Nigeria’s economy the extra boost it needs in recent years. A study showed that Nollywood earns Nigeria $6.3 billion each year, making it Africa’s biggest movie industry. The movie industry is growing rapidly and of course, the actors are all reaping the benefits.

There is a long list of extremely rich Nollywood actors and actresses who are living pretty well thanks to the industry they are heavily invested in. Let’s look at some of them right now…

You have a lot of questions. I imagine it’s confusing to know how much Nollywood stars make…but I have you covered. At the bottom, you’ll find my list of the Top 20 richest Nollywood actors in terms of net worth. I recommend bookmarking this page as a resource for your 2023 research.

It is a dream come true for a lot of people as when they are young, they always dream to make it big in the acting industry, especially considering that acting is one of the highest-paying careers in Nigeria.

Additionally, Nollywood not only benefits actors. Scriptwriters, producers, directors, costume designers, make-up artists, and more people are making it big in this industry. Here are the richest Nollywood actors and their net worth:

Nigerian actor James Ikechukwu Esomugha (also known as Jim Iyke) has a $30 million net worth, making him the richest actor in Nollywood. He is the son of eight children, and his debut film in Nollywood was Last Flight to Abuja.

He has worked with actors Hakeem Kae-Kazim and Omotola Jalade Ekeinde. He has won awards for his acting, and he also makes money in investments and as a producer. The following are some of his cars:

Richard Eyimofe Evans Mofe-Damijo (alias RMD) has received many accolades for his excellent acting performances in several Nigerian movies. The Delta State Governor appointed him as the commissioner of culture and tourism when he joined politics in 2009.

Richard Mofe-Damijo’s net worth of $7 million makes him the second richest actor in Nigeria. His cars are on his social media pages; fans have spotted him driving a Mercedes Benz.

Chidi Mokeme is among the richest actors in Nollywood, with a net worth of about $7 million. In addition to acting, he makes money from event management and hosting TV shows. He also endorses brands.

Nigerian-born businessman Kenneth Okonkwo is best known for his role as Andy Okeke in Living in Bondage, a film about the lives of African immigrants in London. His father died when he was 16 years old, but Okonkwo pressed on to become one of Nigeria’s most successful businessmen.

Actor Kenneth Okonkwo has two children. His first son, Ifeanyi, lives in South Africa with his mother, Ogechi Ezekiel. The actor’s second son is Chukwuchirimeze. It took Kenneth and his current wife, Ifeoma, nine years to have him. Kenneth Okonkwo’s net worth of $5 million places him on the list of the top 10 richest Nollywood actors. He drives the following cars:

Desmond Elliot is a popular actor from Nigeria. He has appeared in over two hundred films and some TV shows and soap operas. He was inaugurated as one of the Lagos State House of Assembly lawmakers in June 2015.

Desmond was still acting while performing his political duties. He and his wife, Victoria, are proud parents of five children: Donald and four others.

Ramsey Nouah was born to an Israeli father and a Nigerian mother from Owo in Ondo State. He has gained the reputation of a lover boy because of his romantic roles in films. In real life, he is happily married to actress Uche Nwadialor since 2002.

The actor rose to fame after he played the lead role in the 2010 romantic film The Figurine. Ramsey Nouah’s net worth is around $4.5 million, and his car collection includes a Porsche 911 Turbo and a BMW Z3 M Coupe.

Clem Ohameze entered the Nollywood film industry in 1995, and three years later, his starring role in the movie End Time made him a household name countrywide.

Chimwe Esther Ohameze is the actor’s wife. They have two children. In 2007, while he was running for a political seat, some people attacked him and shot his cousin, who died. The attackers also made his car crash.

Clem Ohameze suffered a severe injury while filming The Incident. As a result, the actor took a break from the movie industry. He underwent surgery in November 2021 to regain full movement. Clem Ohameze’s net worth is roughly $4.5 million.

John Ikechukwu Okafor is one of Nigeria’s most popular actors. He came to the limelight in 2004 after starring in a comedy film called Mr. Ibu. The actor has appeared in more than 200 movies.

John Okafor has an estimated net worth of $4.2 million. Before becoming a millionaire, he was a firewood seller, a hairdresser, and a meat butcher. He even lived with a friend in the slums of Lagos.

Nkem Owoh was studying Engineering at the University of Ilorin when he began acting. He became famous through his role in the film Osuofia in London and graduated with a Bachelor’s Degree in Electrical and Electronic Engineering.

Nigerian movie fans love Nkem Owoh’s comedic roles. The actor is married and once revealed his two daughters to the public while doing an endorsement deal for MTN. His net worth is around $4 million, and some of his assets are:

Chief Pete Edochie is a talented actor in Africa. Before he joined the film industry, he worked for the Anambra Broadcasting Commission (now called the Eastern Nigerian Broadcasting Corporation (ENBC)).

Pete’s first movie, Things Fall Apart, was released in 1985. He has received many awards for his contributions to Nigeria’s film industry, including an award from Africa Magic.

Pete Edochie has about $4 million in net worth. The actor bought cars for his six children whenever they graduated from university and is blessed with several grandchildren.

Who Is The Richest Actor In Nigeria In 2022?

The richest Nollywood actor in 2023 is Jim Iyke with a total net worth of ₦12.5 Billion.

Who Is The Highest-Paid Actor In Nollywood?

Who Is The Richest Nigerian Actress?

Genevieve Nnaji is Nigeria’s wealthiest actress, with a net worth estimated at $10 million.

How Much Do Nollywood Actors Get Paid?

Nollywood actors are paid between ₦200,000 and ₦400,000 per film. These figures are dependent on several factors including; the actor’s name, his fan following, the kind of role assigned to him (lead or character), and how good he is as an actor.

Who Is The Richest Actor In The World?

Tyler Perry is the richest actor worldwide, with a net worth of $1 billion.

Some of the richest Nigerian actors will command a massive following on their social media pages. Most of them have over a million followers on Instagram alone. Some publicly flaunt their wealth, while others prefer to keep their riches private.

Now the billion-naira question is, who are the richest Nigerian actors in 2023? The answer is no further than this top 20 ranking. The actors featured command wealth in billions of Naira, some hogging over 10 billion, while others hover in three to four billion as of the time of writing this post.