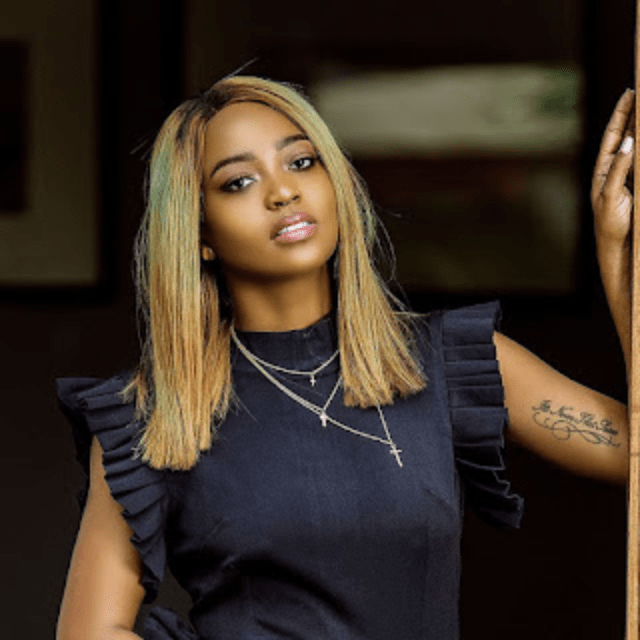 Feza Kessy is a well-known Tanzanian artist who gained fame through their participation in Big Brother Africa Season 8 in 2013. In addition to their success on the show, Feza is also known for her talents as a musician, dancer, singer, songwriter, and recording artist.

Feza Kessy is a talented and successful musician, dancer, and singer who was born on August 24, 1988, in Nairobi, Kenya. She first gained recognition in 2013 when she appeared on the reality TV show Big Brother Africa Season 8, representing Tanzania.

After being evicted from the show, Feza turned her focus to her music career and has since become a respected recording artist and songwriter. Despite being born in Kenya, Feza is originally from Tanzania and is well-known in the African music industry.

Overall, Feza Kessy is a dynamic and accomplished artist who has made a name for herself in the world of entertainment.

Feza Kessy received her primary and secondary education in Nairobi and Arusha, respectively. After earning her diploma in information technology in Tanzania, she went on to pursue a bachelor’s degree in business management in the United Kingdom.

It seems that Feza is a well-educated individual with a strong foundation in both technology and business.

Feza Kessy is a multi-talented artist and entrepreneur who has had a successful career in a variety of fields. She began her career as a model while she was still a teenager and later turned her attention to music.

Feza is also a former beauty queen, having been crowned Miss Dar City Centre, Miss Ilala, and Miss Tanzania Runner-up in 2005 at the age of 17.

In addition to these accomplishments, Feza was also the first female to represent Tanzania on the popular reality TV show Big Brother Africa, where she almost made it to the finals. Overall, Feza Kessy is a skilled and accomplished individual who has made a name for herself in the entertainment industry.

Feza Kessy’s music career took off in 2013 with the release of her debut single, “Amani ya Moyo.” She followed this up with the hit song “My Papa,” which helped establish her as a fast-rising musician.

In 2015, Feza signed with Panamusiq and was given the opportunity to collaborate with Zambian superstar Macky 2 on the track “Living My Life.” These early successes in the music industry helped to launch Feza’s career as a recording artist and performer.

In May 2021, she signed a major contract with DB Records, a record label owned by Nigerian musician D’banj. As the first female artist to join the label, Feza released her first single “Bless Me” on DB Records. This achievement is likely a significant milestone in Feza’s career and a testament to her talent and hard work as a musician.

Feza is originally from Arusha and holds a certificate in IT. She enjoys watching shows like Arrow, Doctors, and Touch, and listening to the music of artists like Toni Braxton, Rihanna, Lauren Hill, Tiwa Savage, and 2Face. She is also a fan of movies like Mission Impossible and The Italian Job.

In her free time, Feza likes to eat French fries and Ugali na Maziwa. She is a big fan of the reality TV show Big Brother and believes that people often do well after appearing on the show, which she sees as being important for her career.

Some of Feza’s favourite former Big Brother housemates are Mwisho, Cherise, Prezzo, and Kevin. If she were to win the grand prize, Feza says she would invest some of the money, take her son to Disneyland, and possibly buy a house.

Feza describes herself as a fun, bubbly, loyal, kind, and strong person, and believes that her humility is one of her best traits.

She values honesty, kindness, and a sense of fun in others, but dislikes liars. She promises to bring a lot of dance, a bit of noise, and lots of laughs to her time on the show.

Feza hopes to gain exposure and growth from her time in the Big Brother house. She cites her mother as her role model, calling her “the strongest, most beautiful, and humble person I know.”

Feza Kessy celebrates her birthday on August 24th. She is currently 34 years old as of January 2023.

Feza Kessy was born as the third child in a family of four. She has an older brother and sister and a younger brother. Her mother has always been a role model to her, supporting her in all of her endeavours.

Feza Tadei Kessy is currently in a relationship with a handsome man, but she does not publicize her relationship on social media. She chooses to keep this aspect of her life private.

Feza Tadei Kessy is not currently married, but she does have a child with a partner.

Feza Tadei Kessy is the single mother of a son named Jay.

Feza Kessy stands at a height of approximately 5 feet 8 inches and weighs around 70 kilograms.

Feza Kessy is a highly successful and influential singer, songwriter, and dancer in Tanzania, and she is also known to be one of the richest artists in the country. She has an estimated net worth of approximately $200,000 US dollars.

Feza Kessy is a talented and successful artist and entrepreneur who has made a name for herself in the entertainment industry. With a background in both music and business, she has proven to be a versatile and hardworking individual with a passion for her craft.

Throughout her career, Feza has demonstrated her skills as a singer, dancer, and songwriter, and she has also had the opportunity to work with some of the biggest names in the industry.

In addition to her creative pursuits, Feza is also an entrepreneur and a former beauty queen, further testament to her diverse talents and ambition. Despite her many accomplishments, Feza remains humble and dedicated to her work, and she is sure to continue making a positive impact in the world of entertainment.